Take a look at this video to see what Mersey Park Primary School would have been like in 1979-1981.

In 1970’s these boys played together as a team. If anyone can provide any further information we would love to hear from you!

To start this decade we became Cricket League (South) Champions in 1973. As with all the other photographs if you recognise anyone or have a tale to tell please let us know! 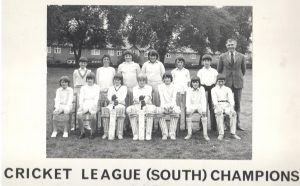 In 1974 the boys Cricket team became League and Knockout Champions. Here they are with their trophies. Mersey Park seems to have a history of winning cricket teams! 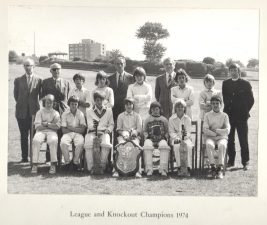 1975 saw the girls Netball team became Town Netball Champions. Here they are in their kit. Do you remember playing for the school team? Do you have any tales to tell? 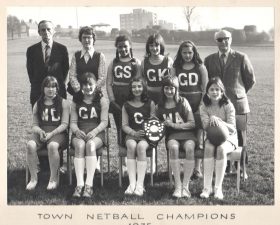 Between the years of 1975 and 1978 these ladies were members of KS2 staff. Top row 2nd from left we think was Miss Fletcher, the headmaster’s secretary. Bottom row from left to right, Mrs Derek, Miss Cowan (Mrs James after marriage) and Mrs Auderly. Do you remember any of the other teachers? Please get in touch if you do! 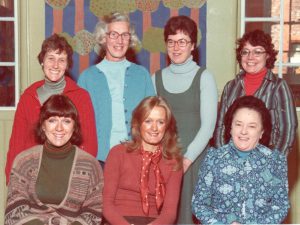 This class photograph was taken around 1979. If you recognise anyone in the photograph please let us know! 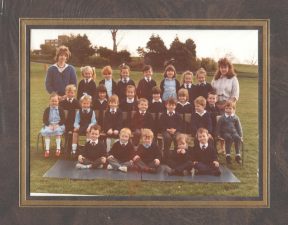 In 1979 Miss Fletcher retired from teaching. Here she is receiving a clock for her service to the school. 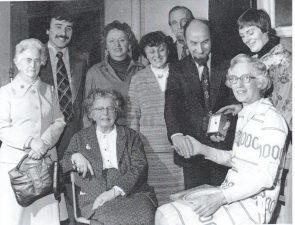 On June 26th 1981 Mersey Park school celebrated their 75th anniversary. On the right is Ellen Weston and on the left is Susan Hampson dressed in Victorian costumes enjoying the day. 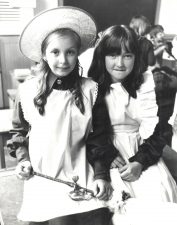 1983 saw a Mayoral visit to Mersey Park. Here are some of the staff enjoying the company of the mayor and mayoress. 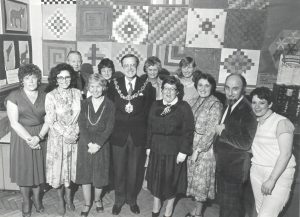 In 1983 these photographs were addressed to the headteacher. Unfortunately we have no more information on this event but clearly Mersey Park was visited by the mayor on more than one occasion! If you know anything about this event please let the school office know! 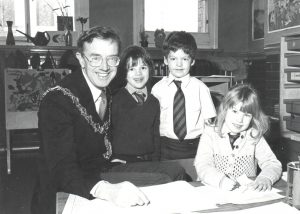 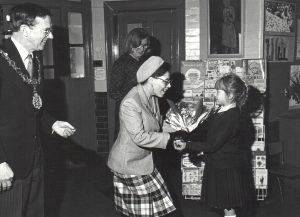 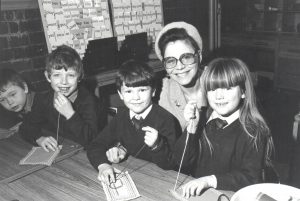 Thank you to Mark Williams who got in touch to say,

“The best teacher in the school was Mr Parkinson, he was a wonderful man who would cycle up our road in the morning to get to school. He would spend hours drawing birds on the blackboard with coloured chalk and teach French. He was a very keen cinematographer and must have recorded many years of archive footage of the school and pupils. In the summer he would take a class of children and create mini adventure films to be shown to the school at the end of term.”Mark Williams also mentions, “Mr Casement also deserves a mention as he was another teacher who went the extra mile for his pupils, I used to look forward to the next chapter of Three Men in a Boat, read on a Friday afternoon.”